It has long been recognized that tourists are looking for experiences, rather than individual products like a hotel room or specific attraction. Increasingly travellers are looking for authentic experiences that impact all the senses and that provide an opportunity for learning and enrichment. With international traveller numbers now exceeding the threshold of 1 billion, and forecasts calling for a doubling within 20-30 years it is critical to focus on more environmentally and culturally sustainable approaches, and measures to protect the natural and cultural heritage resources that are the focus of tourism attentions in the first place. At the Tourism Company we specialize in providing assistance to develop compelling market responsive tourism experiences with an eye to sustainability.

The following examples illustrate the company’s project experience in this area.

Mike Robbins led a successful Aboriginal Tourism Youth Study Tour and Cultural Exchange from Canada to experience best practice Aboriginal tourism initiatives in northeast Arnhem Land and Queensland in Australia during October 28 – November 6, 2015. The tour and cultural exchange was set up with the assistance of John Morse, advisor to Lirrwi Tourism and former Managing Director with Tourism Australia.

The main focus of the study tour and cultural exchange was for Aboriginal youth leaders to gain insights into tourism ‘best practice’ for Aboriginal communities in northeast Arnhem Land and Queensland.

ACE was created to develop an internationally competitive and unique wildlife viewing and Inuit cultural experience that did not previously exist, maximizing local involvement, employment and control, and maintaining local culture and tradition. The program is building a tourism sector in Arviat by positioning it as a market-ready ecotourism destination, generating low volume, high yield tourism traffic and direct economic benefits to the community through tourist expenditures that stay in the community.

Three and a half years of capacity development, training and marketing have gone into creating ACE with funding support provided under the Conservation Areas IIBA through NTI and KIA. The first tour groups began to arrive in the summer of 2011.

The Arviat Community Ecotourism program was selected as the winner in the Community Category of the ‘Tourism for Tomorrow’ awards at the Global Tourism Summit 2014. The Awards held as part of the World Travel & Tourism Council’s 14th Global Summit in Hainan, China, showcase and celebrate sustainable tourism businesses and destinations around the world, which are successfully balancing their obligations to their people, the planet and their profits.

Northern Ontario, and in particular the Algoma region from Sault Ste. Marie north along the Algoma Central Rail train route to the North Shore of Lake Superior, played a critical role in shaping and influencing Canada’s internationally acclaimed Group of Seven artists. Many of their iconic works were inspired by the rugged landscapes they encountered in this region.

Working with colleagues from Bray Heritage and BC Hughes, the team utilized a multi-phased approach to facilitate and motivate the tourism sector to build meaningful experiences for visitors to experience the Group of Seven story in Algoma. The Foundations report outlines the context for the opportunity which includes not only the story of the Group during their time in Algoma but also an inventory of sites across the region where members of the Group painted and sketched. This report also outlines a number of visitor experience themes and storylines to inspire and inform the development of new tourism product. A Master Plan to develop these products provides the longer term perspective for lodges, galleries, outfitters, all sizes of communities and national and provincial parks, all of whom have the opportunity to develop and deliver new experiences.

A key feature of the process was to bring market-ready operators together for a networking session specific to the Group of Seven opportunity. The Handbook to Develop and Deliver Group of Seven Tourism Experiences in Algoma and North Shore, Lake Superior outlining a process to guide experience development, opportunities by type of operation (community, parks, small & medium operators), and examples in the market to inspire is the core resource provided to participants. Partnerships were formed, and a range of experiences from a cross-section of the industry are available to the consumer, including a Group of Seven touring route.

This multi-year strategic initiative to review and articulate the tourism and economic development opportunities that might be generated by landscapes and locations painted by Canada’s Group of Seven grew from a local, to regional to provincial focus acting as a catalyst for the market launch of experiences, a number of touring routes and partnered offers for visitors throughout Ontario.

The Tourism Company were involved as co project managers for development of the master plan and business plan for the Cabot 500 event. The firm was responsible for development of the business plan for the Vikings 1000 Years! Event.
Major successes during the Cabot 500 event in 1997 included the resoundingly popular visit of John Cabot’s replica ship, the Matthew, which began on June 24 when the ship arrived in Bonavista and was greeted by Her Majesty, Queen Elizabeth II. In addition, the Cabot anniversary celebrations included creating a brand new choral event, province-wide special support for arts programs, two symposia, and dozens and dozens of related activities and events.

Newfoundland and Labrador’s distinctive claim as 2000 dawned was the 1,000th anniversary of the arrival of Viking explorers from Greenland on its shores. The celebrations for this year therefore entailed major international relationships: with Iceland in program development and delivery – particularly the tour of the replica Viking ship Islendingur – and with the Nordic Council and many Scandinavian and international museums, in the development of the FULL CIRCLE: First Contact travelling exhibition.

A Viking village, Norstead, was a major legacy attraction from the Viking event. Located about two km from L’Anse aux Meadows UNESCO World Heritage Viking Site, the only authenticated Viking site in North America, Norstead replicates a Viking port of trade as it may have looked during the Viking era (790-1066 AD). Norstead won the provincial Attractions Canada award for “Best New Attraction”. 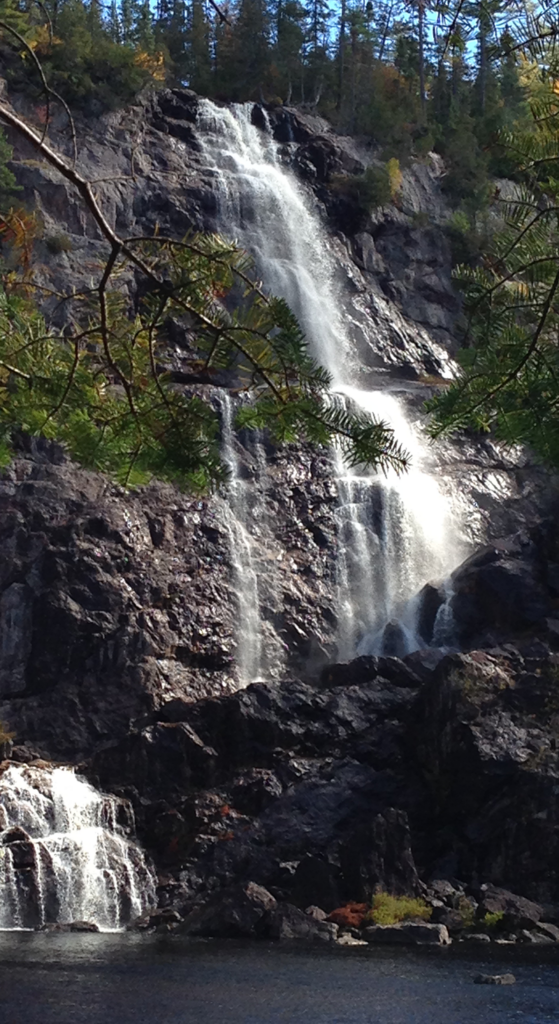